Variants of the langue d'oïl, the medieval romance language that was indigenous to what is currently Northern France and developed into modern French, were used widely outside the kingdom of France throughout the high Middle Ages (other languages, of course, were also used within that kingdom). However, the agendas set by 19th-c. nationalist literary historians, according to which texts written in any given language are either the expression of a national culture whose origins can be traced back to the Middle Ages, or alternatively a tribute to that culture, have proved tenacious. Although some areas of francophone culture outside France have been thoroughly researched (such as in England), other areas where texts in French circulated or were composed have received less systematic scholarly attention, and there has been little joined-up research on the use of French as a supralocal language throughout Europe. Furthermore, the 'Frenchness' of texts written in French is rarely called into question. 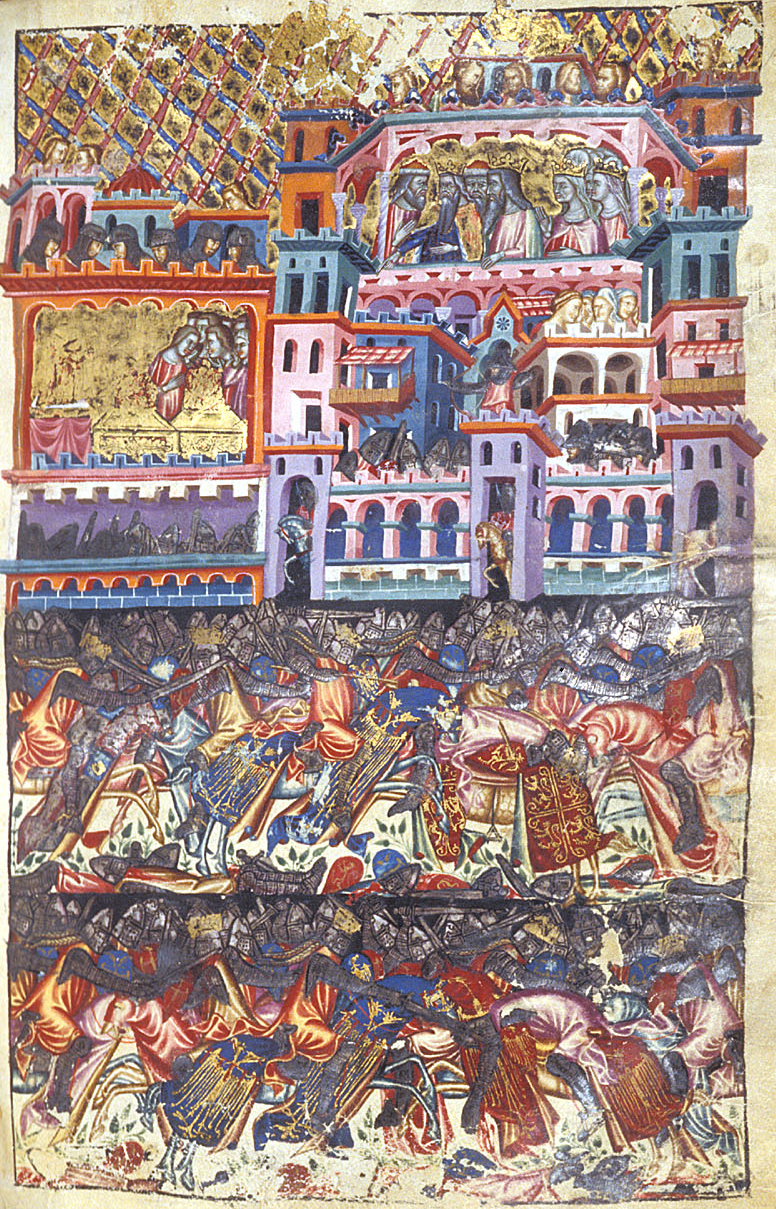 While we know that a substantial proportion of surviving MSS for some widely disseminated medieval texts in the langue d'oïl originated outside France, the extent of the phenomenon is hard to calibrate on the basis of previous data. The provenance of medieval MSS is often not simple to determine. Library catalogues or critical editions frequently omit any detailed consideration of the implications of where a MS with material in French comes from. Where they do comment, they often content themselves with the standard reason attributed to the use of French, namely the supposed prestige and influence of French courtly culture. Furthermore, texts transmitted in 'nonstandard' forms of French are often dismissed as flawed, 'hybrid', or bowdlerized, and therefore unworthy of attention. Yet literary culture in French outside France was often vigorous, did not necessarily see the kingdom of France either as its point of origin or as its cultural superior, and frequently had drivers that were not primarily cultural. Among these drivers are the diaspora that resulted from Norman expansion into England, Sicily, and the Eastern Mediterranean, the trade routes that linked Northwestern Europe (notably England and Flanders) to Northern Italy and the Mediterranean, and the Crusades. These networks required common languages. One was of course Latin; another was French. Paris and the kingdom of France were part of these networks, but they became central to them only in the later Middle Ages (later 14th and 15th c.). In the 12th and 13th c., England, Flanders, Italy, and the Eastern Mediterranean were important centres for francophone literary culture. Furthermore, even after Paris and the kingdom of France had become important cultural and political centres, francophone literary culture did not necessarily look towards them for its models.

From 1200 onwards, French was the primary vehicle among lay people in many parts of Europe for the dissemination of a number of important historical (or pseudo-historical) narratives, notably the culturally crucial Alexander, Arthurian, and Troy stories. Much of this textual material has not met with critical success among modern medievalists. In contrast, the small number of largely 12th-c. literary texts (e.g. the Oxford Roland, verse Tristan romances, the romances of Chrétien de Troyes) that often constitute the traditional modern teaching canon were significantly less widely disseminated. To place them—and France—at the centre of any history of literature in French in the Middle Ages risks being misleading as to the nature and the extent of the dissemination of francophone literary culture. Medieval francophone literary culture outside France thus remains at best under-researched, at worst poorly understood, even misrepresented.

Because so much existing scholarship has taken a francocentric approach to the study of medieval French literary texts and the MSS that transmit them, there is a lack of hard data about the geographical dissemination of much material. This project—funded by the UK Arts and Humanities Research Council and involving collaboration between colleagues working in French from the University of Cambridge, King’s College London, and University College London—explores how certain key literary texts and traditions travelled along two principal axes: a northern route that stretches from England across the Low Countries to Burgundy and the Rhineland; a southern route across the Alps to Northern Italy and out into the Mediterranean and Adriatic seas, to the Middle East. The two axes are of course connected, for instance via the trade routes that linked Flanders to Northern Italy. Our enquiries do not exclude the kingdom of France or Paris, which contribute to these axes without necessarily standing at their centre, but they do not focus upon them. Rather than considering simply where texts come from and their earliest form, we investigate where they go: when, in what form and why they travel. 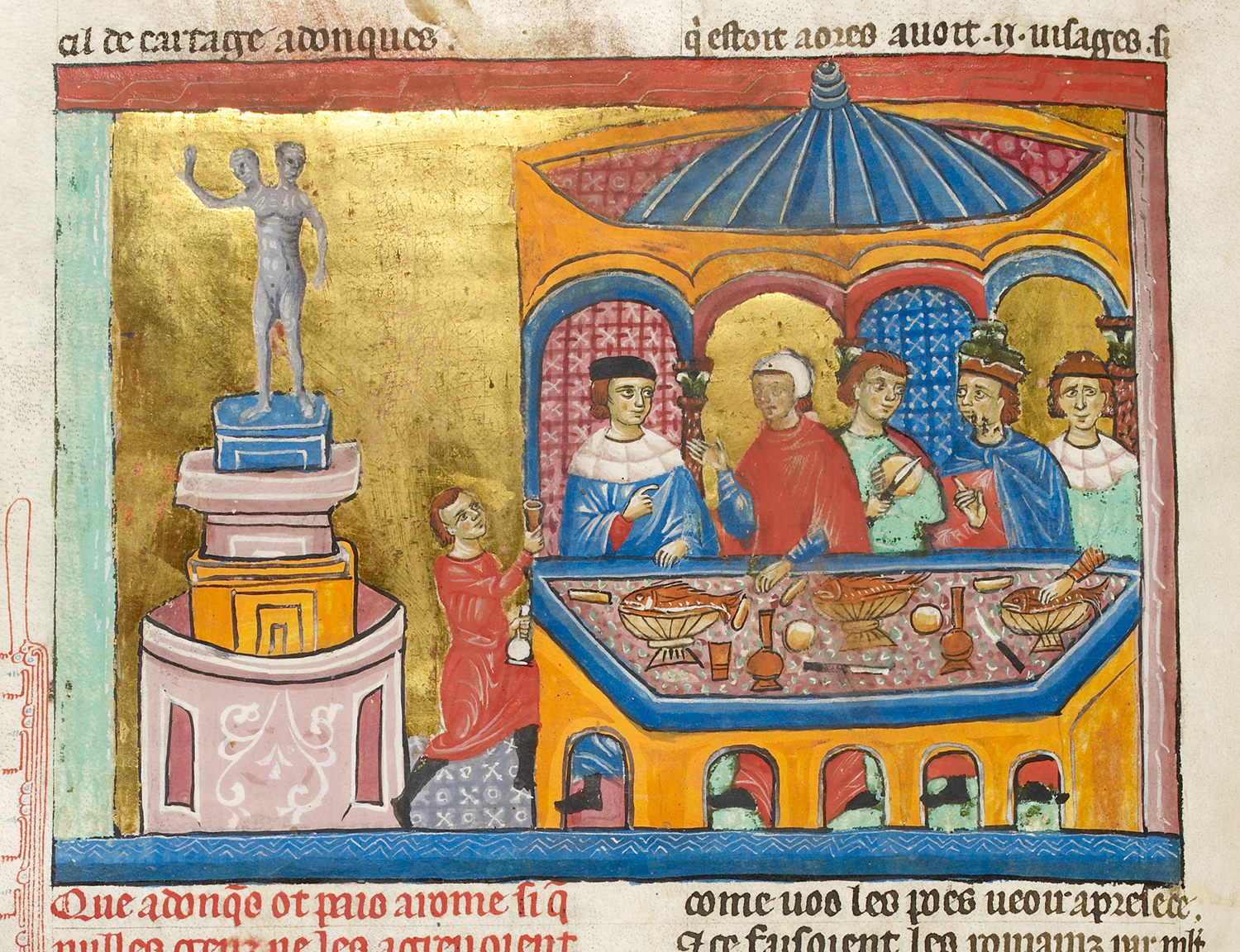 Our corpus consists of six 12th- and 13th-c. texts and textual traditions that are vital to the transmission of narratives about the Arthurian world and the classical past: the prose romances of Lancelot, Tristan and Guiron le Courtois, and the classicizing Roman d'Alexandre, Roman de Troie and Histoire ancienne jusqu'à César. These texts are vital to the development of medieval historiography in the vernacular and to medieval Europe's view of its past. Our chosen texts have pan-European dissemination in French during the 13th and 14th c., as well as strong legacies of translations/adaptations in other languages. Our aim is to map the dissemination of these texts by determining the provenance and trajectory of surviving MSS wherever possible. Because traditional scholarship has often focused on MSS thought to be from France, written in forms of French identified with the kingdom of France, we offer as full codicological descriptions as possible of MSS made outside the kingdom of France, of MSS from its borders, and of MSS that travelled outside France in the Middle Ages.

This new research uncovers and makes available a considerable body of hitherto occluded data on the dissemination of francophone literary culture. This empirical data enables speculative research addressing the following questions concerning the use of French as a marker of cultural identity outside France.

We welcome inquiries about collaboration with scholars and existing networks in the UK and elsewhere.

We hope that our work will be of interest to scholars who are working on such fields as MS production of French texts within and outside France, histories of the book and of particular books, or postcolonial theory (i.e. the study of writing outside the homeland and the pressures of writing from a minority position within a seemingly monolithic power structure).

To: French outside France.