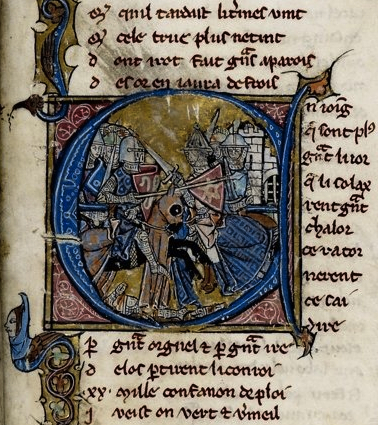 Most of the descriptions of MSS found in this database are based on our own examination of the MSS (during library visits or by consulting digitizations); in the case of MSS less pertinent to our research questions, descriptions are based on published data. The distinction is grounded largely in where a given MS was produced, or where it travelled: those MSS that show evidence of composition or travel outside of the French kingdom have been given greater consideration ('full' descriptions), while those that came later or travelled less are described in less detail ('partial' or sometimes 'minimal' descriptions). Such decisions required a protocol that set criteria for governing which MSS were to be described, how that would be done and in how much detail, and to what end. In addressing such questions, we were confronting some of the major issues raised in the past decades about the legitimacy and necessity of philological practice.

Rather than engage in polemics about 19th- and early 20th-c. assumptions about originary texts or orality, or concern ourselves unnecessarily with authors, we have followed what some would call the 'material philology' line. It is the diachronic aspect of textual transmission that most concerns us, i.e. how a 'textual tradition' (which in this usage means that each work is considered as an evolving tradition rather than as a specific 'text' composed of a select set of words in one precise, original form) develops over time, changing through attrition, addition, and modification, often the result of patronage, ownership, and travel. Individual MS versions of a text are not judged to be 'faithful' or 'defective' adaptations of a hypothetical Urtext; rather, each is read in light of what can be made of its appearance at each stopping point - the social, economic, political, and intellectual circumstances that determined its precise realization.

MSS once produced moved as physical objects; and through modification and dismemberment, they were adjusted or made to conform to new political circumstances and intellectual interests along the way. No single text within a MS operates entirely on its own terms or has independent agency; the movements and exchanges that MSS experience are large factors in determining what becomes of the individual version, and how the larger literary tradition fares in the hands of new patrons, artists, and owners. The movement of these traditions from French-speaking areas to the Italian peninsula, the Mediterranean rim and the northern shores of Europe, or their introduction (or reintroduction) into primarily French-speaking areas, are often crucial factors in determining how a particular tradition evolves and is interpreted - how it becomes something other than a mere footnote to an original composition, acquiring its own status as a recognizably distinct entity. 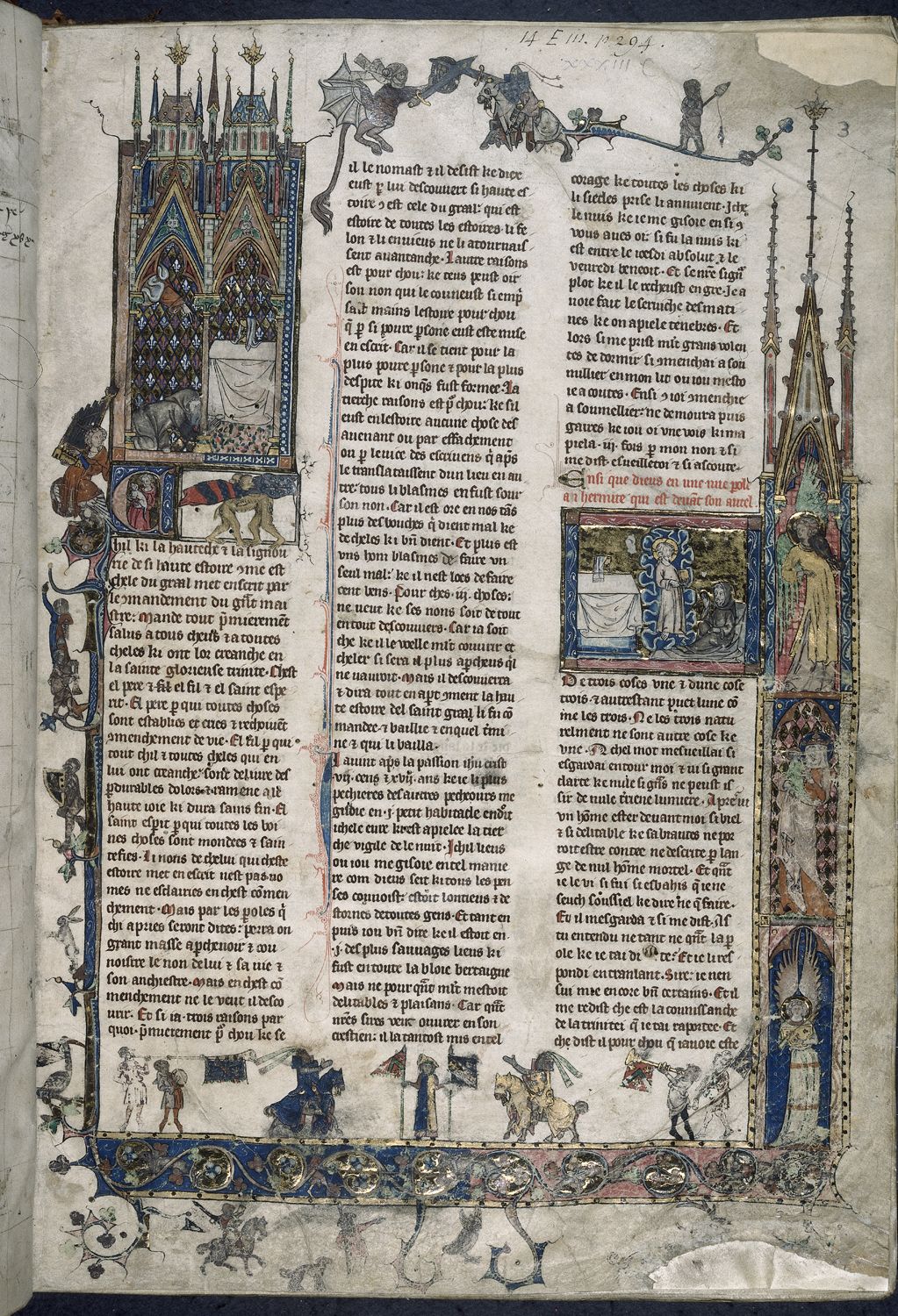 A MS codex is a complex artefact, which may be made up of text copied by several different scribes, programmes of decoration carried out by multiple artists, or distinct parts bound together many years after they were produced. Different parts of a MS are often united through the addition of paratextual elements (numbering, rubrics, marginal notes) or, in drastic cases, by cropping the book block to fit within the larger codex. The different physical parts of MSS are thus described here both as independent units ('MS parts') and as components of the larger wholes.

At the level of the codex, we describe the present binding of the MS (if it is indeed bound), as well as any front and back end-papers that post-date the production of the rest of the MS. The bulk of the description, however, may be found at the level of the 'MS part', defined here as the result of a single campaign of work, in all likelihood produced by the same scribe (or team of scribes), decorated and illustrated by the same artist (or group of artists), and intended to function as a single unit. In the case of 'full' MS descriptions, information will be found at this level about the date and place of production, the material support on which text was written, the structure of quires, the layout of pages, the script of the scribes, decoration and illustration, and any evidence left by later owners and readers. MSS less central to the project have been described in less detail at 'MS part' level.