The surviving manuscripts of the Roman de Troie testify to a rich and complex textual history. Meyer's initial foray into the manuscript tradition established two families, the second of which he considered 'gravement remaniée' (1889, 100). The much more detailed analysis that accompanied Constans' edition of the Troie largely corroborated Meyer's findings, but divided the first family into groups v and x, and the second into groups y and z (1912, VI:67-105). Constans nonetheless recognized that the majority of manuscripts seem to transmit a text that crosses over from one group to another, and that even members of the earliest group (v) are subject to considerable 'contamination'. The starting-point for all scholarship on the Troie today is Jung 1996. Jung imposes a degree of clarity on Constans' morass of variants by selecting a dozen or so loci critici that help to distinguish members of the first family from members of the second. Some of these loci critici have been used in the segmentation of the text here (see: Segmentation). 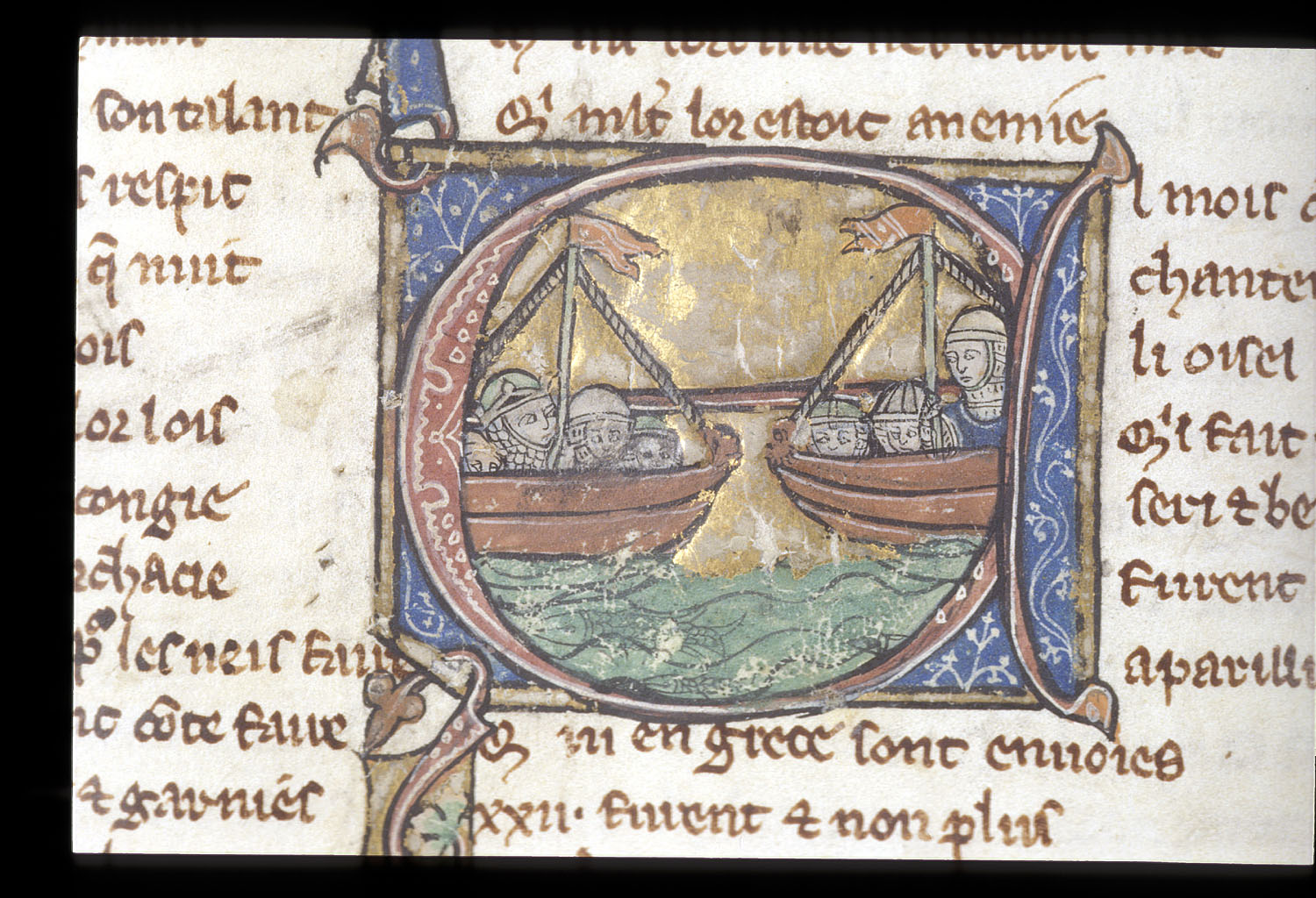 Following Jung, scholarship typically recognizes five distinct prose renderings of the Roman de Troie. One of the earliest - and, at 19 surviving manuscripts, certainly the most successful - was the text known as Prose 1. On the basis of its language, the translator's familiarity with the geography of Greece, and the possible place of production of Paris BnF f.fr. 1612, Prose 1 is thought to have been produced in the Peloponnese between 1272 and 1285, when Charles of Anjou, king of Naples and titular king of Jerusalem, ruled in the Morea (Jung 1996, 440-1; Punzi 2004). The text exists in two distinct versions, an older version commune that circulated more widely and continued to be copied until the end of the Middle Ages, and a later version remaniée probably produced in France in the 15th c.

The version commune follows the text of the Roman de Troie fairly closely, though it tends to abbreviate and to introduce moralizing passages. It departs most obviously from the Troie at the beginning, replacing Benoît's prologue with a geographical description of the eastern Mediterranean, and at the end, replacing the adventures of Ulysses with those of Hector's son in the so-called Landomata. The version remaniée, meanwhile, dispenses with the geographical introduction of the version commune, instead supplying a prose rendering of Benoît's prologue. This later version is also characterized by two major lacunae, such that it omits episodes dealing with Achilles' love for Polyxena, and the description of the Kingdom of Femenia (Jung 1996, 443-55).

Prose 2 is the mise en prose that remains most faithful to the text of Benoît's verse although, like the other prose renderings, it abbreviates, particularly in the final episodes. Replete with Italianisms, it was produced in northern Italy before 1298, the date of the earliest of three surviving manuscripts. In the 14th c. it was translated into Italian by Binduccio dello Scelto as the Libro de la storia di Troia (Carlesso 1966).

In comparison to Prose 2, the text known as Prose 3 is a much looser rendering, the battle scenes in particular finding themselves drastically abridged. Its author seems to have been familiar with Prose 1 - the text ends with the Landomata here too - and also with the Historia destructionis Troiae of Guido delle Colonne. Prose 3 is traditionally held to be of Italian origin: its earliest witnesses are three late-13th-c. fragments, perhaps taken from the same volume, which may have been copied in Genoa (Vielliard 1988). It was the source, moreover, for the Italian Istorietta troiana. A case has been made for production further north than Italy, however, on the basis of the author's familiarity with Anglo-Norman material including a lapidary and a proverb collection (D’Agostino 2006). The only complete manuscript was copied in Normandy in the 15th c.

A fourth mise en prose, known as Prose 4, seems to have had a much more limited circulation. It survives in a single volume, copied in France at the turn of the 14th c. Benoît's name is never mentioned here; the text is instead narrated by Merlin, the author abbreviating in places to serve his aim of incorporating the Troy story (alongside classical, biblical, and devotional material) into a vast cycle dealing principally with the Holy Grail (Vielliard 1974, Vielliard 2004).

Prose 5 of the Roman de Troie, finally, forms the 'Troy' section of the Second Redaction of the Histoire ancienne, made in Naples c. 1340. The author of Prose 5 drew not only on Benoît's verse text but also on Prose 1 and Prose 3 (like these it includes the Landomata). Its most striking difference from the other mises en prose is the interpolation of thirteen of Ovid's Heroïdes.